You can get this German crime novel here, or in many other stores.

Futuristic-presence-related political thriller (DE) Michael wakes up arms and legs tied up in a hospital in Frankfurt (Oder). He does not know where he is, why he is there, not even who he is. Everything is a big question mark for him. Only one thing is clear to him, he has to get out of there. He manages to escape with obstacles. In Berlin he finds a team and maybe his memories. It starts a fight against a seemingly superior opponent. Is there a chance to win this? The narrator of this very excitingly written thriller fluctuates in his mood between paranoid, desperate and hopeful mental states. He dreams of a world without any radical thought and is committed to it. Will it be enough in the end? I’m working on publishing the novel “Rote Flaggen im Wind” as soon as possible in 2017. Stay up-to-date with the Newsletter. 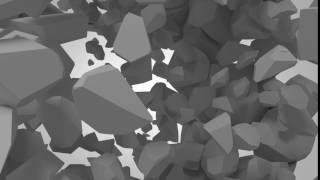 Simon Sprock (M.Sc., B.Eng.) is a German born Finance Professional and Leader with Global Business Experience. Beside his job, is he passionate about Motivation, Inspiration, Coaching and Writing.

Find out more or adjust your settings.

This website uses cookies so that we can provide you with the best user experience possible. Cookie information is stored in your browser and performs functions such as recognising you when you return to our website and helping our team to understand which sections of the website you find most interesting and useful.

Strictly Necessary Cookie should be enabled at all times so that we can save your preferences for cookie settings.

If you disable this cookie, we will not be able to save your preferences. This means that every time you visit this website you will need to enable or disable cookies again.